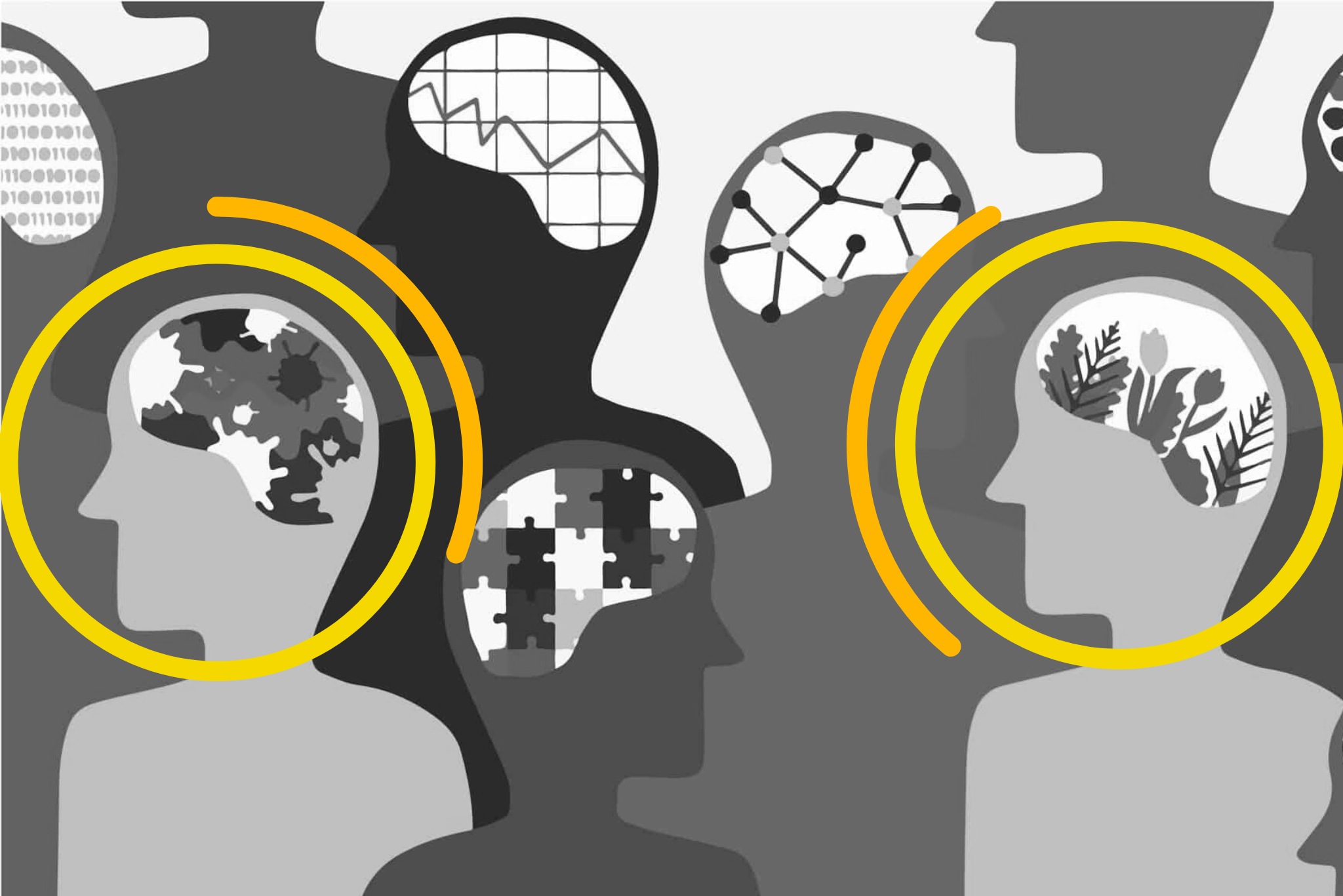 Under the Americans with Disabilities Act, employers hold all employees to the same standard. The only difference is that they accommodate someone with a disability to meet that standard. They don’t need to lower the bar, condone conduct issues, or anything that impairs the standard of the job. That’s why it’s important to disclose a disability. This article sheds light on when and how to disclose disabilities.

An accommodation is a modification or change to a job application process, to the work environment or to the manner in which the position is customarily performed that enable a qualified individual with a disability to perform the essential functions of the position that enable an employee with a disability to enjoy equal benefits and privileges of employment as are enjoyed by similarly situated employees without disabilities.

An individual has a disability under the Americans for Disabilities Act (ADA) if they have a physical or mental impairment which substantially limits one or more major life activities has a record of such an impairment; or is regarded as having an impairment.

Neurodiversity is the range of differences in individual brain function, usually regarded as a normal variation in the human population, including learning, information processing, thinking, and behavior traits. Although neurodiversity is often used in the context of autism spectrum disorders, it includes other cognitive/neurological disabilities such as attention deficit/hyperactivity disorder (ADHD), mental health conditions, and intellectual and learning disabilities.

When and how do you disclose a disability?

When should people disclose?

It’s a very personal decision when to disclose a disability. For people with Autism and ADHD sometimes want to disclose information upfront, others prefer not to because they don’t want to feel like they’re being discriminated against. We think that the best time to disclose is when you need an accommodation.

You want to provide the nature of limitations and how it affects your ability to do the job. The knowledge of a disability is more useful to employers than the actual diagnosis. For example: if an employer has the information that a job seeker has difficulty with communication with large groups, that’s more helpful than telling them about autism.

Why do people disclose a disability in the workplace:

Who should provide documentation of a disability?

Rhonda asks for the accommodation of a flexible schedule while she adjusts to new medication. She is having difficulty sleeping and waking up and has been late three days in a row. She is wary of disclosing her medical condition but doesn’t want to get into disciplinary action.

Rhonda discloses and provides medical documentation. Since her work doesn’t depend on or affect others, her employer found no hardship in flexing her schedule as long as she gets her time in between the core business hours of 8:00 am to 6:00 pm.

Pete has difficulty attending large meetings where there are distractions caused by many people and lots of noise.

Allowing Pete to attend meetings by phone conferencing might be necessary to provide him with the same benefit of the information gained from the meetings that everyone else has access to in a more controlled way.

Brody, who had difficulty making and sustaining eye contact, developed a habit of sliding his eyes down to coworkers’ chest area while talking with them. Female coworkers felt this was highly inappropriate.

Brody was provided a mentor to help guide him with personal/social skills. They worked on practicing the skill of looking at an alternative location near the coworker’s ear when he couldn’t maintain eye contact while talking to coworkers.

Inability to Work the Night Shift

Rico, a longtime university IT employee, discloses how his disability has affected his ability to work the night shift. He requests that his shift be changed to a day or evening one to help him better regulate sleep. His manager is surprised, because he has had no performance problems or issues of any kind.

The manager asks for medical documentation that explains why the accommodation is needed. She then reviews the schedule to see what can be done to assist Rico.

Inability to Interview in Person

A job applicant for a position in a prison working directly with the inmates asked for an accommodation of having the interview questions sent to him so he could submit the answers in writing in lieu of participating in an interview.

An IT consultant who was very skilled at finding solutions to problems had difficulty with organization and remembering multiple tasks and information gained in meetings.

He was given an advanced organizer that would help him obtain information from the meeting in a more organized and meaningful way. He was also permitted to record the meetings so he could go back over the information he may have missed. His supervisor also agreed to send information about tasks and assignments through email.

Jameson was hired into a position where he excelled, but he was uneasy in the essential function of providing information to his team in a live presentation followed by a question-and-answer session. He asked to be allowed to video himself making the presentation then take the questions
live afterwards.

The employer agreed to a trial that worked well. Jameson was able to video the presentation without the anxiety a live audience gave him. He struggled a bit with the live question-and-answer session the first several times but became proficient as he became more confident.

Inability to Cope with Changes on the Fly

Joanie had difficulty handling change in the workplace and had punched his arm through a wall several times when he hadn’t been warned ahead of time  that adjustments would need to be made. He asked for written notification of changes at least 24 hours   in advance.live afterwards.

Joanie’s employer agreed to provide advanced notice of changes in writing, when possible, but also   to help him modify his reactions when he needed to transition quickly to a new task.

JJ is an administrative assistant whose essential functions include taking and disseminating notes from various meetings. She had difficulty listening, remembering what to write, and then keeping up with what was being said next.

JJ was provided with a smart pen that records the meetings as she takes brief notes. This accommodation enables her to focus on listening to what is being presented in the meetings while at the same time getting down the important information.

A lab employee who is very sensitive to smells used a certain scent, primarily available in shampoo and body lotion, to calm herself down when the smells of the workplace overwhelmed her. With a newly instated fragrance-free workplace policy, the employee was at a loss about what to do.

JAN consultants suggested an aromatherapy necklace or bracelet that would allow her access to the scent when needed but would not be an irritation to others. Flavored gum and hard candy were also recommended.

Difficulty due to Lack of Breaks

A parts sorter in a distribution center had difficulty standing for his shift with only a thirty-minute lunch and short afternoon break. His work became sloppy in the afternoons due to his fatigue.

The employee was provided with both an anti-fatigue mat to help his back and legs and a stand/lean stool that allowed him the ability to work in an upright position while his weight rested on the padded seat.

Nigel was a case manager who had difficulty getting his required documentation completed. He works in a cubicle in a noisy open area that limits his ability to focus and concentrate. With no private space available, he feels a change in office hours may help.

Nigel’s supervisor agreed that the office is hectic when staffed, so she approved his schedule change of working two hours early, not only before his coworkers’ arrival, but also when he has the most mental acuity and ability to focus.

Lea became overly stressed when asked questions by her coworkers that she felt pressured to answer. She often reacted with anger, usually slamming her fist on her desk and shouting for others to leave her alone. After being pulled into a second disciplinary meeting with her supervisor, Lea disclosed and asked for assistance in handling her stress levels at work.

The employer instated a new policy for handling inquiries. Instead of coworkers coming to Lea’s cubicle to ask her questions, they would be required to email her. She would then respond with an answer or a reply that she needed more time. This greatly reduced her feelings of being overwhelmed and enabled her to respond to her coworkers more appropriately.

What if an Accommodation Request isn’t Accommodated?

An employer required that all employees work a rotating schedule, which included time at a customer service window. Becker, an employee with ASD, asked to be excused from the window duty because of difficulty interacting with strangers.

The employer denied Becker’s request, stating that rotating to all positions is an essential function.

But the process doesn’t stop there!

Reassignment to Another Role

After meeting with his supervisor, it was determined that the employee would be better suited to a job in maintenance where he would have the ability to take breaks as needed without causing a disruption to production.

About the Author and the Job Accommodation Network

Jobs for Humanity on the ‘ Recruitment hackers Podcast’